A three-day curfew is under way in Sierra Leone to let health workers find and isolate cases of Ebola, in order to halt the spread of the disease.

Many people have been reluctant to seek medical treatment for Ebola, fearing that diagnosis might mean death as there is no proven cure.

A team of 30,000 people is going house-to-house to find those infected and distribute soap.

But critics say the lockdown will damage public trust in doctors.

Meanwhile in neighbouring Guinea, the bodies of eight missing health workers and journalists involved in the Ebola campaign have been found.

A government spokesman said some of the bodies had been recovered from a septic tank in the village of Wome. The team had been attacked by villagers on Tuesday.

Guinea’s prime minister said an investigation was under way, and vowed to catch the perpetrators of the “heinous murders”. 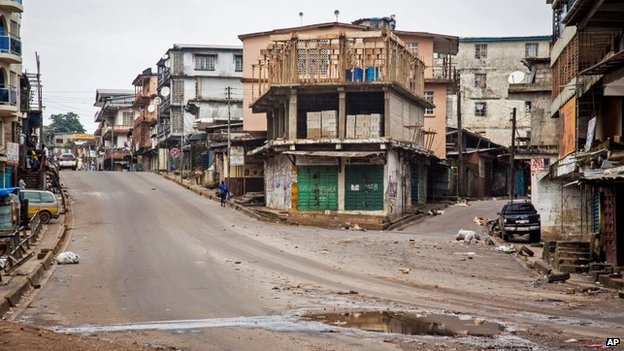 Normally bustling streets in the capital Freetown were deserted on Friday 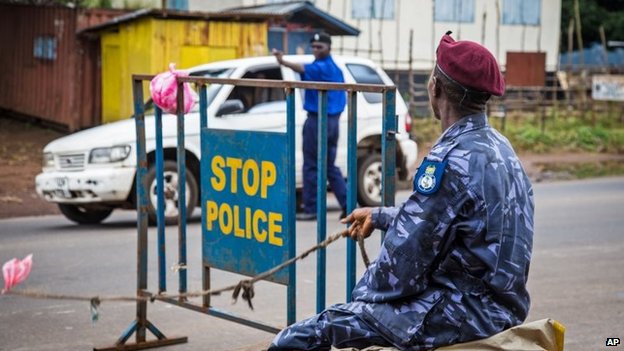 Police roadblocks have been set up to enforce the curfew 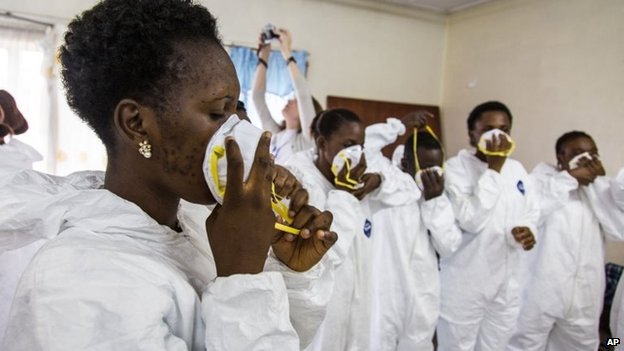 Volunteers will visit each home to test people for the virus

Correspondents say many villagers are suspicious of official attempts to combat the disease and the incident illustrates the difficulties health workers face.

Sierra Leone is one of the countries worst hit by West Africa’s Ebola outbreak, with more than 550 victims among the 2,600 deaths so far recorded.

In the capital, Freetown, normally bustling streets were quiet, with police guarding roadblocks.

During the curfew, 30,000 volunteers will look for people infected with Ebola, or bodies, which are especially contagious.

They will hand out bars of soap and information on preventing infection.

Officials say the teams will not enter people’s homes but will call emergency services to deal with patients or bodies.

Volunteers will mark each house with a sticker after they have visited it, reports say.