With Manchester United’s short-lived revival put on the back-burner, rival fans were out in force to mock Louis van Gaal’s side.

A calamitous performance against Leicester City saw them concede four goals in just over 20 minutes – transforming United’s 3-1 lead into a 5-3 loss.

It was the first time in Premier League history that Manchester United have let a two-goal lead turn into a loss – a feat that not even David Moyes achieved in his ill-fated tenure.

Fans from around the internet, as well as Liverpool forward Mario Balotelli, were out in force to troll Louis van Gaal’s side. 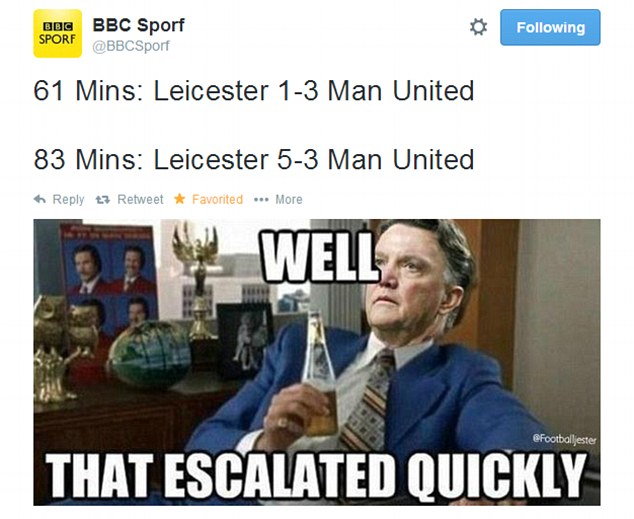 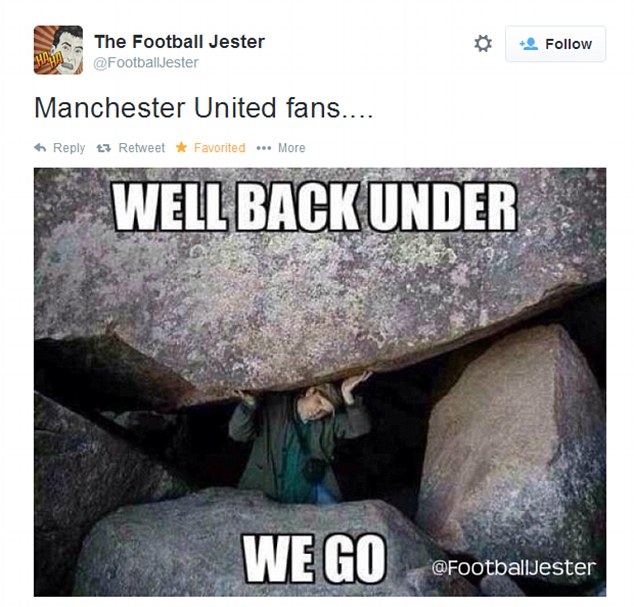 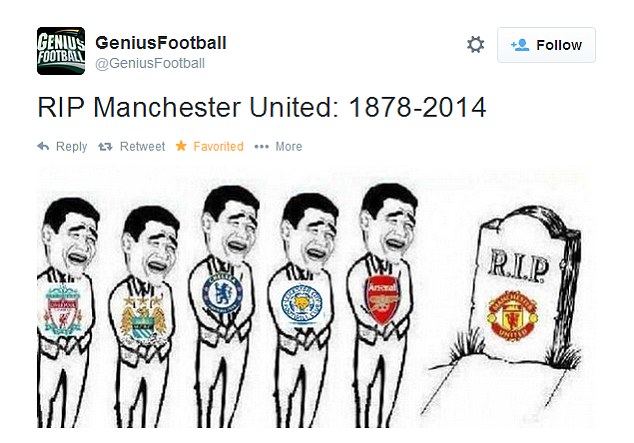 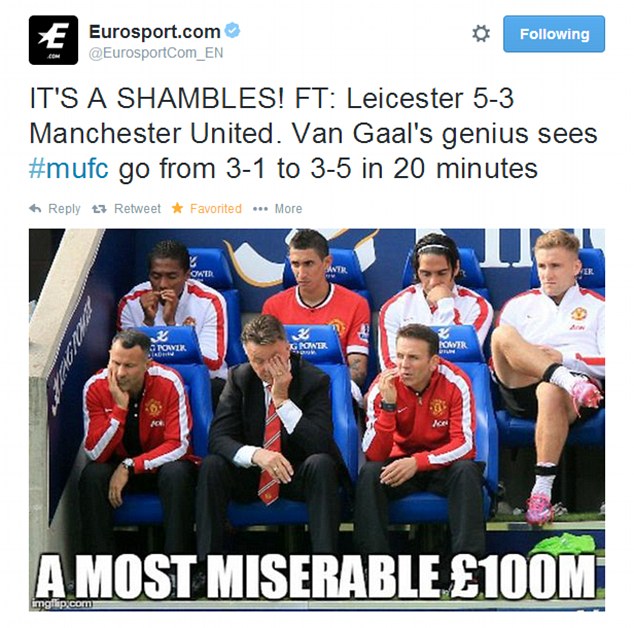 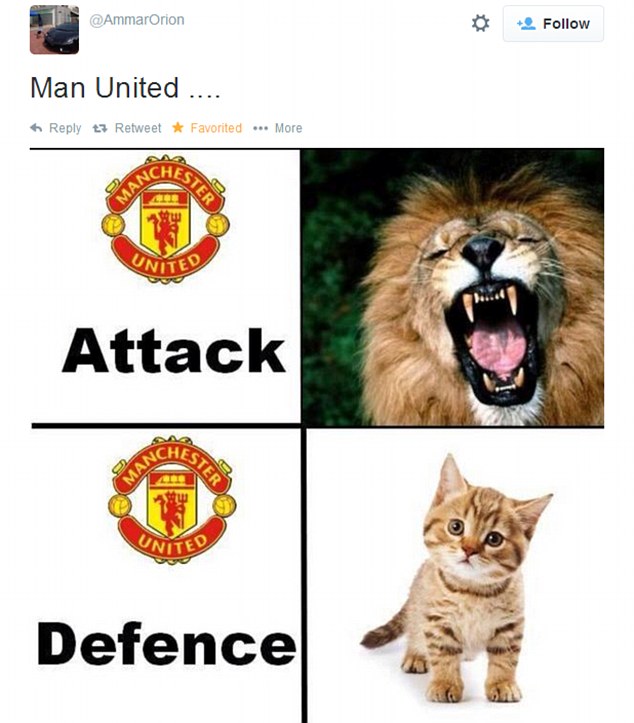 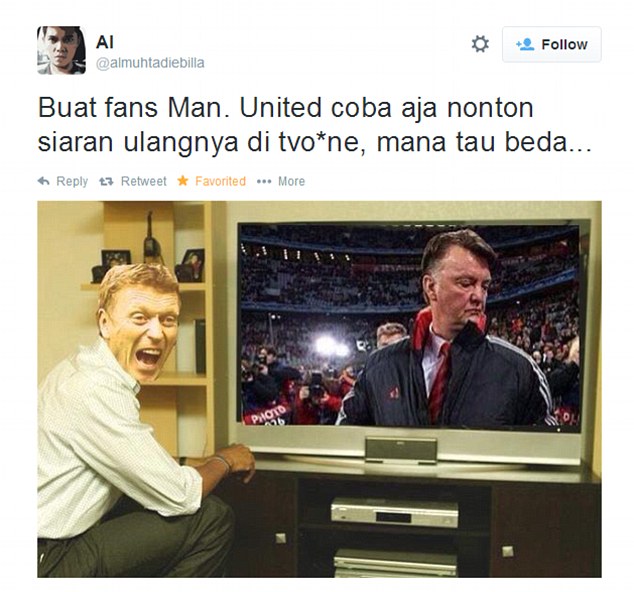 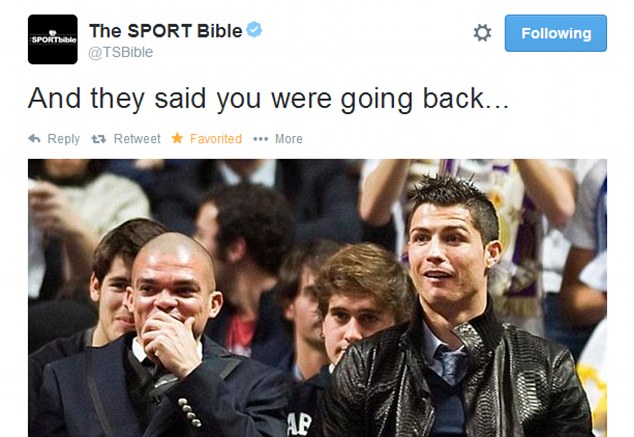 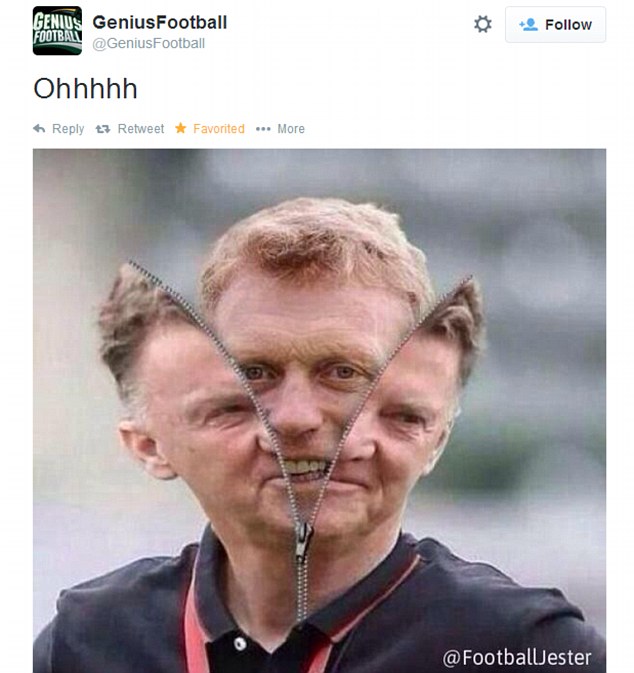 MSPORT MAGIC: How to Get Paid Even If One Or More Games Cut Your Ticket!