Who has the best fireworks in the world? Tell us below. Going for a world record … Dubai celebrates the New Year with a light and sound extravaganza. Source: AFP

Some 70,000 LED panels around the 2,722-foot Burj Khalifa flashed coloured lights and projected images of the country’s leaders when clocks there struck midnight as a massive fireworks display erupted. The celebration draws throngs of thousands of spectators every New Year’s Eve. 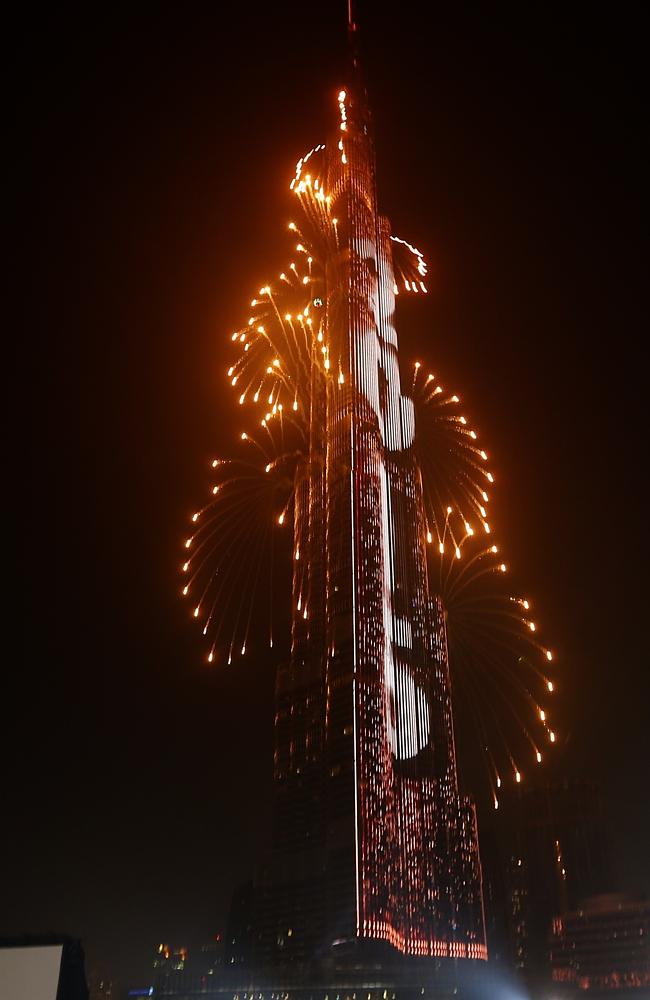 New York joined the celebrations with a bang — the combination of the Times Square Ball Drop, an electrifying fireworks display and Taylor Swift’s rendition of “Shake it Off” resulted in a spectacular beginning of 2015. People cheer in front of Rome’s ancient Colosseum as fireworks explode to celebrate the new year on January 1, 2015.Source: AFP Lots of colours … fireworks illuminate the night sky over the Ebrie Lagoon in Abidjan. Source: AFP 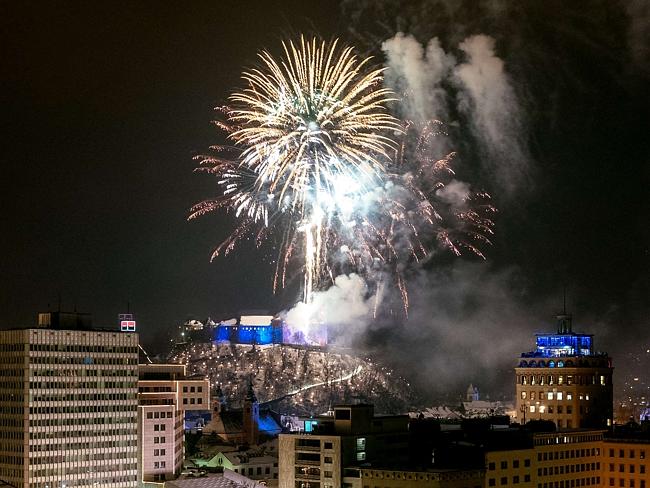 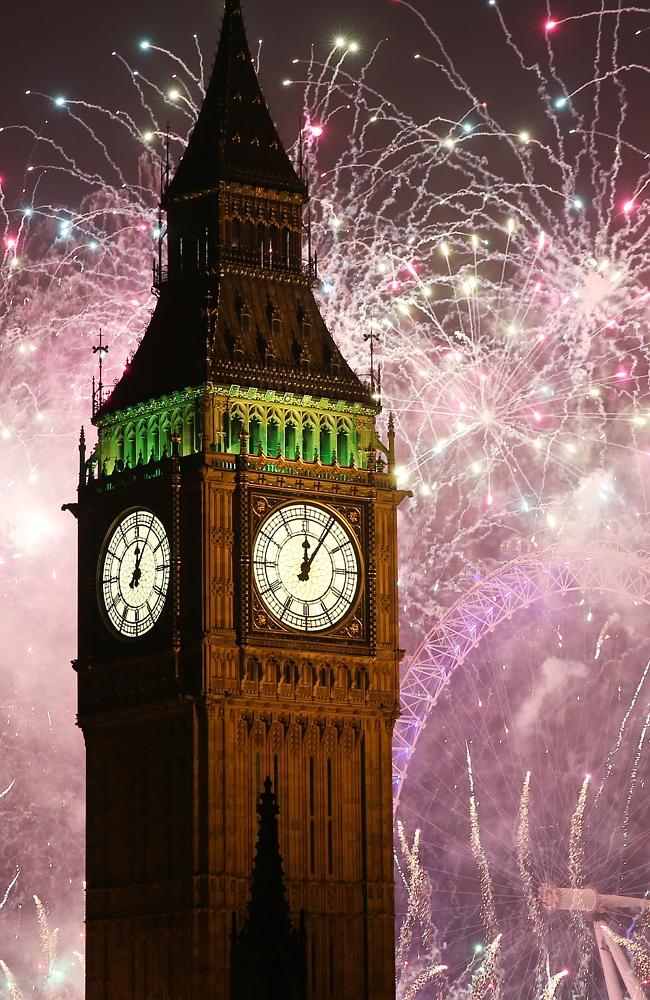 Fireworks explode around the Houses of Parliament and the London Eye during the New Year celebrations. Source:AFP New Year’s fireworks erupt … over the Arc de Triomphe on the. Source: AFP 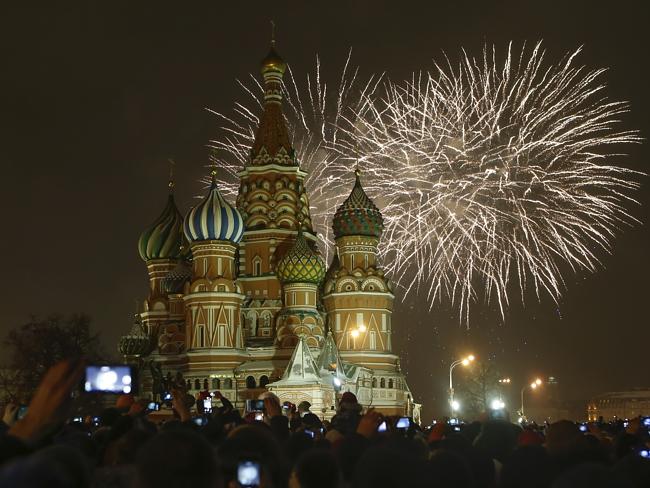 Fireworks explode over St Basil’s Cathedral as people celebrate the New Year at the Red Square in Moscow, Russia.Source: AP The projection of Spassky (Saviour) tower is seen over the scaffold covering the tower, as fireworks explode over the Red Square in Moscow, Russia. Source: AP

Fireworks explode over St Basil’s Cathedral as people celebrate the New Year at the Red Square in Moscow, Russia.Source: AP

The Kiwis were among the first to kick off festivities, and if their fireworks display is any indication of the year ahead, then 2015 looks set to be much brighter and resplendent than 2014. Across the ocean, incredible fireworks exploded over Victoria Harbour in Hong Kong.

Thousands of partygoers flocked to the waterfront to watch the eight-minute pyrotechnic display. In Malaysia, celebrations were more subdued as a show of respect for the thousands of people affected by the deadly floods battering the country’s northeast.

While some regions cancelled celebrations and street parties, a beautiful firework display over Petronas Twin Towers in Kuala Lumpur went ahead. Around Asia, thousands gathered to enjoy cultural festivities and extravagant light shows — including in North Korea. Light show … revellers watch a laser show being projected on buildings as the countdown for the New Year begins in Manila, Philippines. Picture: AP Source: AP Back home, Australian cities from Hobart to Melbourne, Sydney to Brisbane greeted 2015 in their trademark glittery fashion.