2016 is all about emerging destinations. Wilderness, wildlife and culture; these themes will illuminate the year’s travel itineraries.

Escapism and authenticity are key and nowhere offers them quite like fledgling and far-flung nations. Kyrgyzstan’s vast rolling mountains, Iceland’s wild natural phenomena, Madagascar’s prehistoric lemurs and Taiwan’s cultural treasure troves are some of the highlights marking the year ahead.

Whether it’s staring into the eyes of a wild gorilla in Gabon, joining indigenous tribal dances in rainforests of Papua New Guinea or drinking yak butter tea with nomads in a ger in the Gobi desert, unique experience is paramount. And with travel becoming more accessible, the world is conceivable.

Leaving no stone unturned, this is our pick of the 12 emerging destinations adventurers and trendsetters will love in 2016: US National Parks hit their centennial in 2016, with celebrations across 409 parks of US territory. The network stretches from the remote South Pacific (American Samoa) to Alaska.

The latter, some of the hardest to reach, are also some of the most breathtaking. Wrangell St-Elias and Glacier Bay boast rainforests, glaciers, mountains and surreptitious bays, with very few visitors.

One accessible way to explore the region is by small ship such as Un-cruise. It whisks visitors on intimate ships into the heart of these frozen frontiers. Glacier Bay is part of a bi-national UNESCO World Heritage Site and Biosphere Reserve.

Why Now? Celebrate 100 years of US National Parks in one of the remotest locations on Earth. This is a beautiful and fascinating country having its day. Tourism to Japan is spiraling.

Yet, many of Japan’s best sights are off the tourist maps. Spiritual-seekers desiring peace and virtually no tourists should head south to the island of Shikoku.

Home to the 88 Temple route, Japan’s most famous pilgrimage, the stunning Iya Valley, rugged Pacific coastline, gorgeous free-flowing rivers and mountain ranges, this is a region of vast beauty yet to be unearthed.

Why Now? Remote Hokkaido Island in the north will take the spotlight in 2016 with the debut of the high-speed bullet train, Hokkaido Shikansen, link from Tokyo.

The vastness of Japan opens up here, with a very low population-space ratio.

Hokkaido is an oasis of glacial lakes and picturesque countryside. Southern Fukuoka island will also be more accessible as new flight routes launch from Europe.

Cyclists will find their haven on the picturesque 70km Shimanami Kaido, one of the best cycling routes in Japan. Africa’s Eden is a paradisiacal sanctuary in West Africa. Flying under-the-radar, Gabon is wedged between Cameroon and DR Congo.

Progressive leadership has already protected huge swathes of coastal waters and land in Loango National Park, betting on a future of ecotourism.

Why Now? Go in 2016, before the world wakes up to Gabon. 2017 will welcome the African Nations Cup, which will increase visitor interest and demand improved infrastructure. Wildlife far outnumbers the people, with jaguars, pumas and sloths the real locals.

Kaieteur Falls, one of the grandest falls you’ve never heard of, is the world’s widest single-drop waterfall, peaking at 76m and encased in virgin ancient jungle. Seeing it by tiny charter flight is unforgettable.

Why Now? You’ve heard of Iguaza and Angel Falls, read about Galapagos wildlife and Brazil’s rainforest but Guyana is a small nation with all of the above, where you won’t come across another tourist…just yet. Trekking to see them is a wildlife experience of a lifetime. The larger-than-life, humanlike gorillas and chimps induce an indescribable affection for nature.

Head to Ngamba Island Chimp Sanctuary, an island in Lake Victoria, crossing the equator on the boat there, to meet orphaned and rescued chimps living in a pristine island paradise.

Why Now? The country aims to become middle-income by 2040, a plan incentivized further by the Pope’s recent landmark visit. Evocative and ancient, trendy and timeless, Iran is a cultural treasure chest with the most hospitable culture in the world.

Filled with 19 UNESCO World Heritage Sites, excluding latest nomination for the Lut Desert, Iran is a confluence of culture, history and natural beauty.

Yazd is a spiritual city of sun-baked mud houses and winding alleyways, home to Zoroastrianism and hidden caravanserais. With a dazzling display of spring cherry blossoms, the best food in Asia and lush mountainous island setting, Taiwan is Asia’s best-kept secret.

The Northeastern nation 180kms off the southeastern coast of China is clean, green and peaceful. Forward-thinking and progressive, the isle is a safe-haven, where cultures and beliefs co-exist in harmony.

Home to Chinese Buddhism, the movement resides in a 100-acre high-tech countryside monastery, warm and welcoming to the public.

Why Now? The Presidential election in January 2016 looks set to materialize an undercurrent of change. Eco-tourism is taking off in a big way, as the Taiwanese take healthy interest in nature, conservation and organic produce. The island that time forgot languishes in the sun-drenched Indian Ocean, 125km off the coast of east Africa.

The original Jurassic Park, where dinosaurs once roamed, is a prehistoric evolutionary cauldron of endemic species and wildlife.

Lemurs patrol the vast and varied landscapes, from tropical rainforests of Andasibe-Mantadia to spiny-dry forest and semi-arid desert canyons at Isalo National Park.

Hikes and treks are permeated by a culture steeped in ancient ritualistic belief and heritage.

‘Famadihana’ turning of the bones ceremony is a deeply spiritual highlight.

The main island and offshore islands feature some of the most spectacular isolated white-sand beaches in the world at Nosy Be and the Nosy Mitsio archipelago.

Why Now? 2016 will reap the rewards of recent political stabilization, with improved infrastructure and conservation.

New flight routes have just launched both internally and internationally. Madagascar is finally stepping out.

4. The Arctic: Iceland, Greenland, and Norway Aurora borealis is a dizzying and dazzling celestial spectacle of piercing greens, seen in winter.

Dogsledding, snowmobiling and skiing are legitimate modes of transport.

Why Now? Greenland will welcome the international Arctic Winter Games to capital Nuuk, along with a song, food and dance festival, in March 2016.

If you’re planning a land visit, head to Iceland’s remote west for adventure in newly-opened ice cave ‘Into the Glacier.’ Svalbard is the jump-off for ship expeditions. The magical Gobi desert, largest in Asia, is mesmerizing with steep ochre cliffs rising like flames from the sand.

Nights are a whimsical fantasy, spent wild camping under a star-spangled sky and deep darkness.

The primal beat of one of the most sparsely populated countries is best experienced on horseback. Capital Ulaanbaatar, in contrast, is a boisterous modern metropolis.

Why Now? 2016 bookings are up exponentially. Visit mid-July for Naadam, the national festival of the “three games of men” — wrestling, horse-racing and archery. Rainforests, beaches and misty mountains, Papua New Guinea has it all.

One of the last wilderness frontiers, this is a collection of islands and one large mainland island, lolling in the South Pacific.

The islands have some of the best diving and snorkeling in the world, home to sharks and migrating whales as well as sloping forested walls and undersea steps of coral.

Why Now? Home to indigenous tribes, many of whom are newly unearthed, annual tribal festivals are an enchanting and riotous time to visit. Painted faces, elaborate headdresses and rhythmic drums and chanting echo into the atmosphere. A tourist can often be the only outsider there. Of the 5 ‘stans’ in Central Asia, Kyrgyzstan is big news for 2016. Wild landscapes are second nature.

Capital Bishkek, in the foothills of the Tian Shan “celestial” mountains, is unconventional and eccentric, with well-dressed locals converging over sausages, honey, and yogurt at the bazaar.

Beyond, the allure lies in high-altitude greenery, “jailoos,” dotted with yurts. Hike, cycle, or horse ride for days in search of the quirky Marco Polo sheep, the huge subspecies donning spiraling horns.

Why Now? New itineraries include a Jailoo-hop all the way to Song-kol lake, staying in hillside yurts. With a decent smattering of accommodations, travel is accessible in this Central Asian nation. 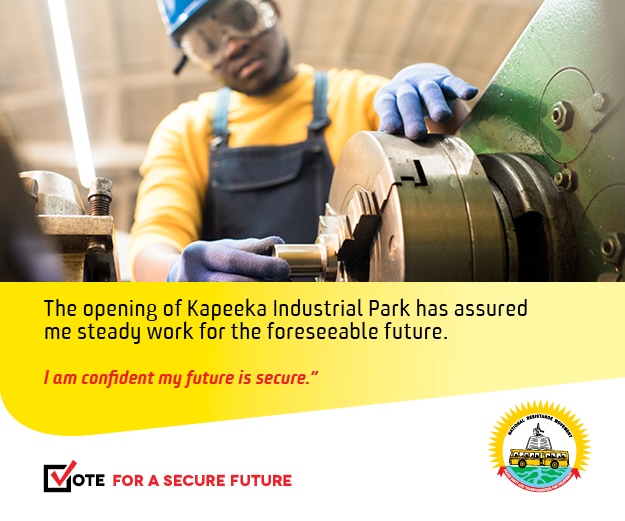 Add
Enable Notifications    OK No thanks
We use cookies to ensure that we give you the best experience on our website. If you continue to use this site we will assume that you are happy with it.Ok