Skip to content
UK-based Ugandan Singer and Film Director VjOj real name Isaac Oj Nsereko gave a serenading and thrilling live mash-up performance of his songs in Sweden Stockholm recently.
The silky-voiced Ugandan hitmaker turned up the party in Stockholm with a performance that brought a whole new meaning to the term ‘epic’. 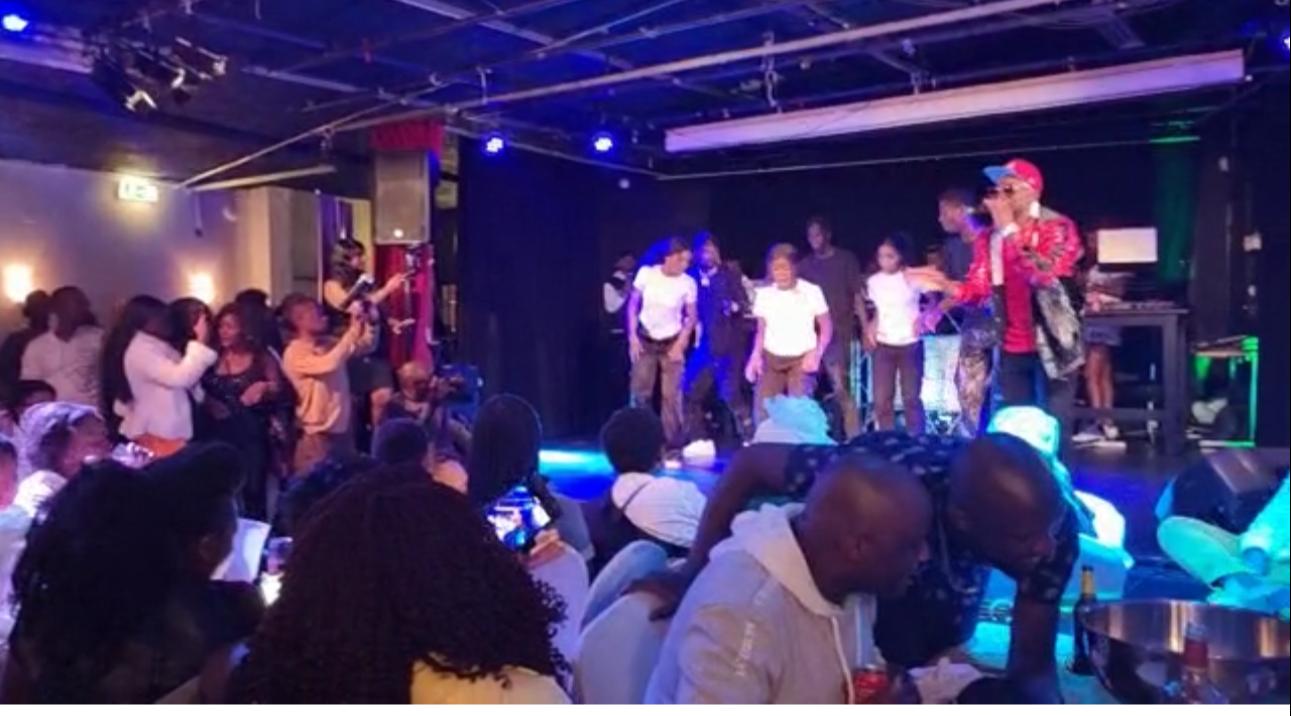 The versatile performer was a formidable presence on stage the whole evening using his incredible voice to charm fans as he gave them exactly what they wanted to hear when he kicked off the show with one of his most popular songs.
For one of slight build, he put up an energetic albeit performance, which had his fans swoon and pull out their phones to record.
The calm and confident Vjoj switched to his tune ‘Go down’ which, to his pleasant surprise, the crowd sang word for word. ” When I say Go down, you say Stockholm,” he implored on the microphone. The excited crowd did just that. He also performed his popular song ‘Sekemba ft Awilo’, with this, the crowd went ablaze.
After Sekemba he took a moment to remember a fallen soldier ( late Radio) whom he has two collaborations with. Singing along with the crowd  Radio’s  Zino Enaku got the whole crowd singing before he attempted Nakudata to completely shut it down
VjOj has two hit songs with Radio and Weasle in Juliana and Zino Enaku which up to now still drives the crowds crazy.

Vjoj is simply an incredible musician who delivers a performance of pure quality wherever he goes with his hit songs ruling the airwaves and on everyone’s playlist.
When he started singing Zino Enaku hit, he simply sent the crowd into sheer magic and gave revelers something to reminisce about as most of them knew the lyrics to these songs.
Vjoj also performed his latest songs captivating and connecting with fans whose delighted faces were the best confirmation that they all had had a great time.
Click Vjojto watch the full performance

Gumizamu has a high interest and knowledge in the Ugandan entertainment space, an industry he has been actively involved in. ANY HOT STORY (CHEATERS, DIVORCE, VIDEOS, CORRUPTION, LAND WRANGLES, EXPOSES …ETAL) YOU WOULD LIKE US TO PUBLISH? CALL/TEXT/WHATSAPP 0755973676 OR EMAIL; dailypepperon@gmail.com

The “Can You Praise” Talent Search Is Back With A Bang!