Team Chairman MK Project, a mobilisation Team promoting the achievements and programmes of Gen. Muhoozi Kainerugaba has on Sunday laid a foundation stone for construction of girls Dormitory at Endiizi High School in Bukanga County, Isingiro District in Western Uganda. 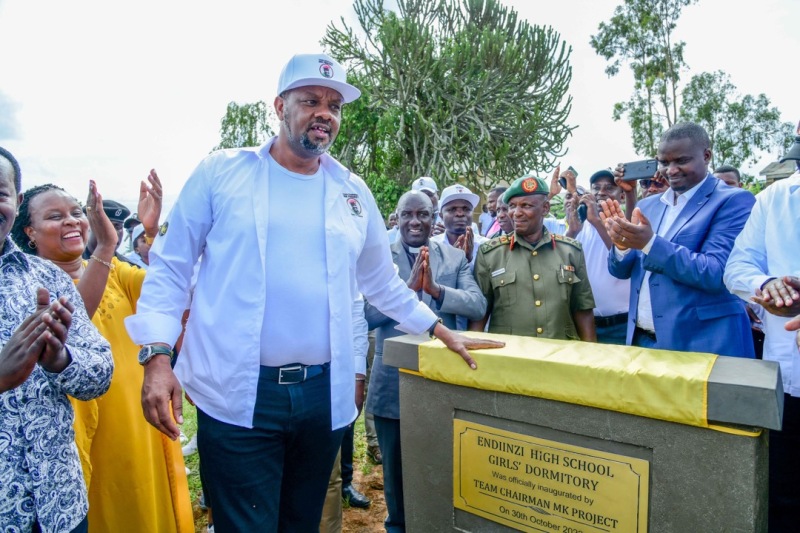 The area is represented by Hon.Stephen Kangwagye, who doubles as an executive member of Team Chairman MK Project.

“Am happy that Team Chairman’s ideology is to transform Ugandans and empower communities, promote talents among other programs. Your presence here confirms your commitment towards Uganda’s transformative activities”,  said Kangwagye. 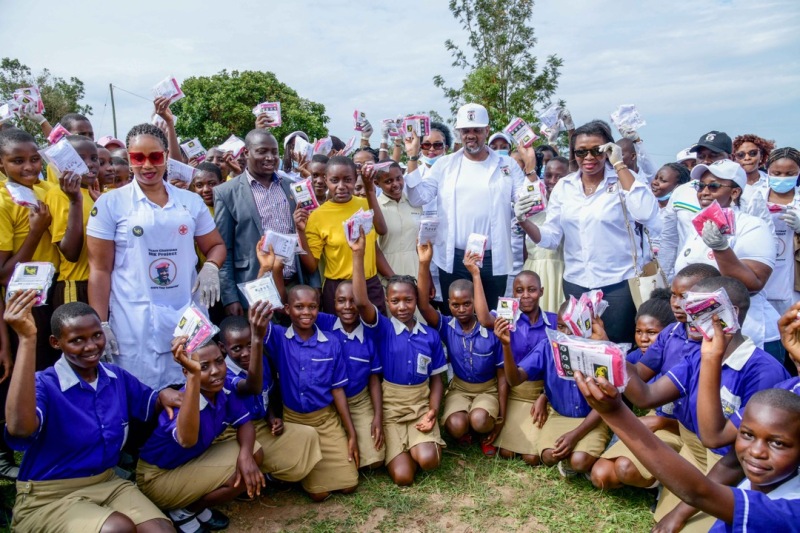 Michael Toyota Nuwagira alias Chairman, the Team leader assured Ugandans that they will continue engaging in transformative activities across the country.

Endiizi High School is the only Government secondary school in the area and has over 300 learners.

Jacquie Namuyonga, the Team Chairman Secretary General, said their aim for donating pads to girls across the country is to keep girls in school and also ensure that they embrace education without inconveniences caused by the menstrual periods.

The construction of a Dormitory, will also see girls who have been walking kilometres to return home, especially candidates, stay at school to concentrate on academics. 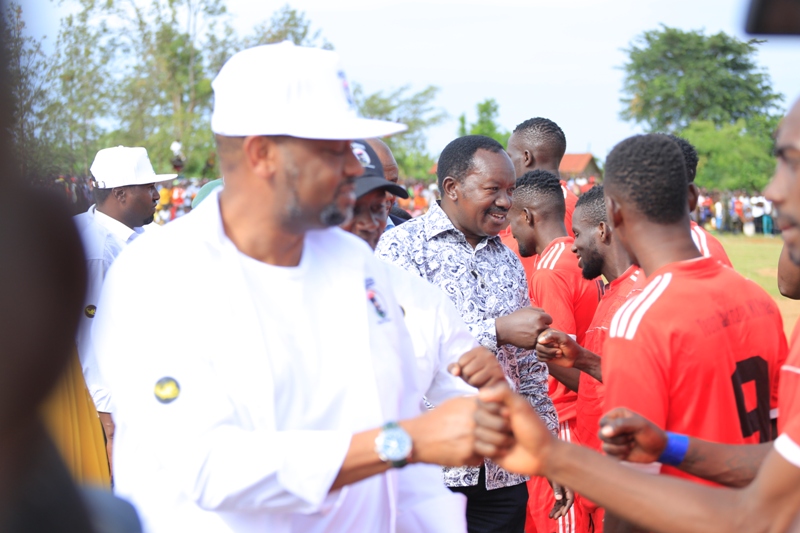 Besides the hardships including under staffing ,inadequate laboratories and school drop outs, the school has been performing well in the previous years according to the head teacher, Mubangizi Guard .

The event was attended by local leaders, residents, religious and the business community of Isingiro.

This is not the first time Team Chairman MK Project is engaging in transformative activities.

Two weeks ago, the group donated mattresses and pads to schools in Arua , and held sports activities in West Nile.

Team Chairman is an organized grouping of Ugandans of all categories Headed by Mr. Toyota Nuwagira Micheal Kaguta a.k Chairman. 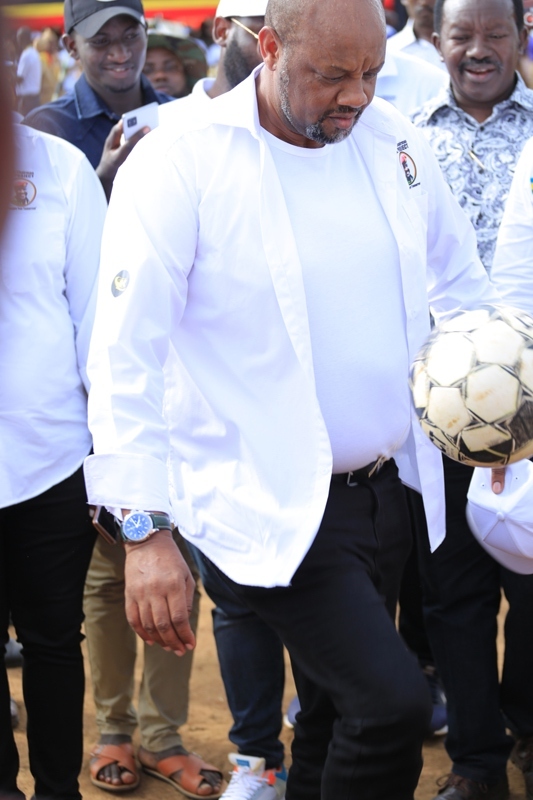 To spearhead projects throughout the country, the team has the following summarized Agenda; 1- Uniting Ugandans with one love, to live, work, & develop together  as One People, One Nation, 2- Solving the Youth’s future Concerns once & for all.

Through supporting their Talents development and listening to activate their individual initiatives and 3- Systematically, influence a peaceful transition of Power From our Revolutionary Leaders to the young generation of our time, with MK as our Brand & Generational Leader.