The International Criminal Court in The Hague is set to hold the first of two days of hearings in which Kenyan President Uhuru Kenyatta will be the first head of state to come before it.

He is facing charges of crimes against humanity in connection with violence that followed the 2007 elections. More than 1,000 Kenyans were killed.

The president’s defence lawyers argue that the case should be thrown out.

Judges will consider the arguments presented by both sides. 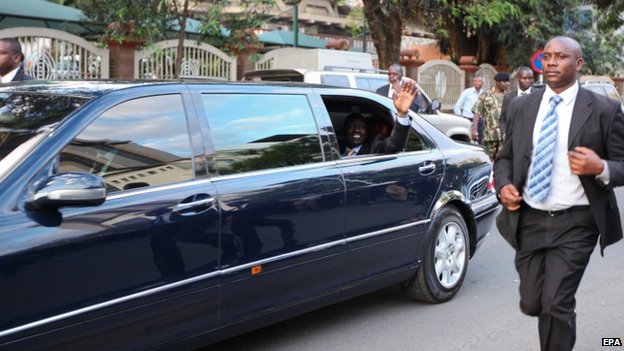 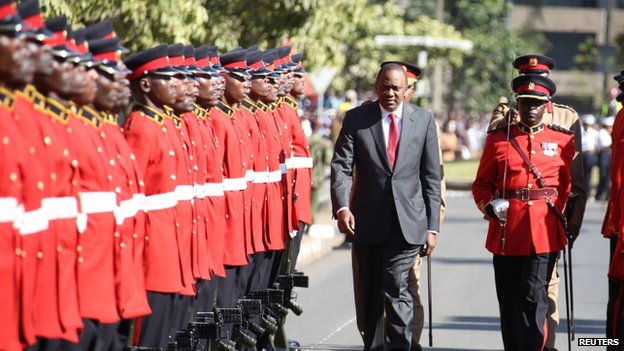 The two-day hearing is due to set a date for his trial to begin.

The ICC has summoned him to explain allegations that evidence against him had been withheld.

In September, the court postponed the trial after prosecutors said the Kenyan government had failed to deliver key documents. Witnesses for the prosecution have withdrawn from the case.

Dozens of Kenyan MPs are expected to travel to The Hague to back Mr Kenyatta at the status hearing.

Our correspondent says that the president brought an end to all speculation as to whether he would attend while addressing the Kenyan parliament on Monday afternoon.

Mr Kenyatta pointed said that he was going to The Hague in a personal capacity – not as president of the country – so as not to compromise the sovereignty of Kenyans. 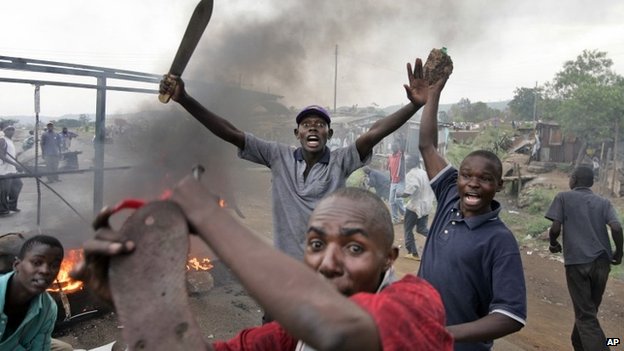 No special arrangements have been made at the ICC. The main spokesperson for the court said that Mr Kenyatta would not be treated differently from any other accused person.

Mr Kenyatta was elected in 2013, despite facing charges. Analysts said he turned the prosecution to his advantage, portraying it as foreign intervention in Kenya’s domestic affairs.

Deputy President William Ruto will be acting president while Mr Kenyatta is in The Hague.

He again stressed his innocence: “I wish to reiterate here for all that my conscience is clear, has been clear and will remain forever clear that I am innocent of all the accusations that have been levelled against me.”

He said that “the available evidence is insufficient to prove alleged criminal responsibility beyond reasonable doubt”.

Mr Kenyatta faces five charges relating to the ethnic massacres – the worst violence in Kenya since independence in 1963. Tens of thousands of people were displaced and Kenya’s reputation for stability was tarnished.

Mr Kenyatta was a close ally of President Mwai Kibaki, who was declared the winner of the 2007 election. Mr Kibaki’s rival, Raila Odinga, claimed the poll was marred by fraud.

The dispute took on an ethnic dimension, pitting members of the Kikuyu ethnic group of Mr Kenyatta and Mr Kibaki against other communities. Mr Kenyatta is accused of organising an ethnic Kikuyu gang, the Mungiki sect, to attack rival groups.

Vice-President Ruto also faces charges at The Hague, but he was on Mr Odinga’s side during the violence. He also denies the charges.